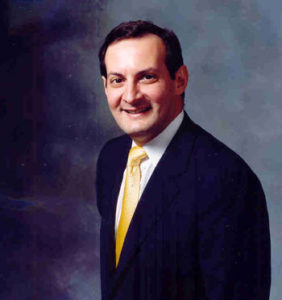 Anthony Michael Sabino co-founded Sabino & Sabino, P.C. in 1995, and is experienced in all aspects of litigating matters in federal and bankruptcy courts across the nation, including the circuit courts of appeals and the United States Supreme Court.

Commencing with initial pleadings, and proceeding through and including discovery, motion practice, non-prosecution agreements, mediation and settlements, class actions (prosecuting and defending), trials, and appeals, Prof. Sabino boasts a broad range and depth of litigation skills and experience, combined with extensive expertise in the substantive fields of law mentioned above.

Anthony Michael Sabino is a Professor of Law, teaching in all the major practice areas listed above. In addition, he is well known for his expertise in constitutional law, partnerships, and a variety of other corporate and business law subjects.

His talent in the classroom is well known, as his students year after year have given him the highest accolades for his knowledge, expertise, and the energy he brings to the classroom.

Prof. Sabino has been voted “Professor of the Year” multiple times by his students.

Anthony Michael Sabino has well over three decades of experience arbitrating complex business disputes, including Wall Street arbitrations, where he often serves as a chair or as a solo arbitrator. Similarly, he is also an expert mediator, and has mediated numerous business disputes, as well as constitutional and civil rights cases in the federal courts.

Anthony Michael Sabino has been published well over one hundred times by the nation’s leading law schools and business journals, and his written work has been quoted as authoritative by courts and scholars across the land.  Prof. Sabino has filed “friend of the court” briefs with the United States Supreme Court, including winning motions authorizing him to be heard notwithstanding opposition by interested parties.

Please click on the Articles tab above for a listing of Anthony Sabino’s most recent articles, the many courts that have cited him as an authority, and a listing of the law schools and journals that have published him.

Prof. Sabino is routinely interviewed by and quoted in the media: television, radio, and print. He is a frequent guest on Bloomberg Television and Bloomberg Radio, as well as numerous other TV and radio outlets.

He is often quoted by Bloomberg.com, the New York Times, and literally hundreds of other metropolitan, national, and international publications.

Please click on the Media tab above for further information concerning Anthony Sabino’s media appearances; or, you are invited to conduct your own internet search.

COURT ADMISSIONS – Admitted to the practice of law before the following courts: 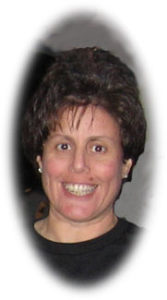 Most of all, beloved wife and devoted mother.

All we do, we do with her foremost in our thoughts.