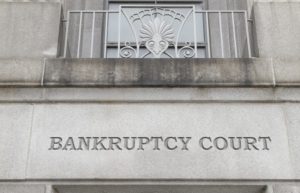 With thirty years of experience in the bankruptcy courts, the law firm of Sabino & Sabino specializes in creditors’ rights. After having clerked for a federal bankruptcy judge, our leading creditors’ rights attorney is a nationally recognized authority on bankruptcy law, having published a well received book on bankruptcy, authoring dozens of articles on bankruptcy law that have been cited by courts across the nation, and teaching bankruptcy law both to professional groups and at a major New York university. His appearances on TV, radio and in print on  mega-bankruptcy cases are well known to judges and adversaries alike.

As bankruptcy lawyers, we have represented all manner of creditors, including banks, financial institutions, corporations, trade vendors and lessors, in major bankruptcies across the nation. We have participated in virtually every airline bankruptcy and “mega-bankruptcy” in the last three decades. We have pursued claims for creditors, defended creditors against claims for preferences and fraudulent conveyances, worked with creditors and interested parties seeking to buy out bankrupt companies, and represented bankruptcy trustees. Sabino & Sabino is here to assist you with your creditors’ rights questions.